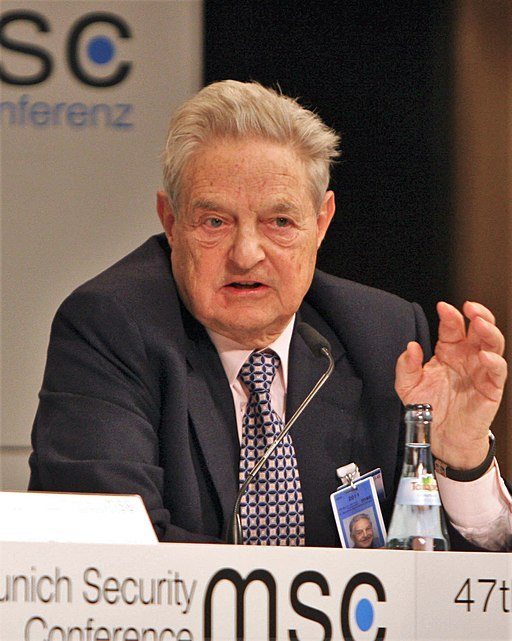 Baptist Press promoted this women’s mission group in a story released September 12, 2019. Baptist Press detailed how Southern Baptist Ethics and Religious Liberty staffers explored the border at the invitation of an “online community of women” engaged in the immigration issue. The Baptist Press story links to welcomingimmigrants.org.

The website’s About information explains the women’s group is a collaboration between World Relief, the National Immigration Forum and a Facebook group founded by Ann Voskamp and Vickie Reddy. According to the site, “Welcome. is a collaborative project run in partnership with: 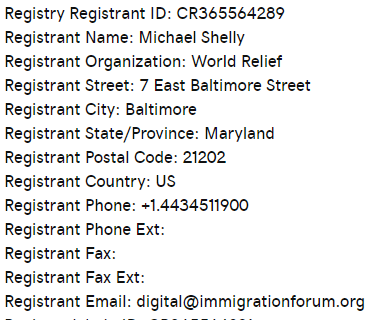 According to the Center for Immigration Studies, The National Immigration Forum “receives millions of dollars from Soros groups, including support for its infiltration campaigns directed at evangelicals, police, and business.”

Baptist Press described the group as “committed to creating a culture of Christ-like welcome that transcends views on immigration policy or politics.” Two ERLC employees, “were invited down by an online community of women — known as Welcome.”

Baptist Press did not report on who paid for or how the trip was funded.

This is not the first time Southern Baptist entities promoted a Soros-funded political propaganda arm promoting immigration. As previously reported, in 2017, the ERLC tweeted out Soros-funded immigration videos made by the group Christiandreamers.us. Later, Baptist Press published a story on one of the ChristianDreamers.us leaders.

According to Lifesitenews, “Leftist billionaire George Soros has supported (Media Matters) with millions in donations since its birth in 2004, though he didn’t go public with his support until 2010.”

So, why do so-called conservative Southern Baptists tweet out propaganda from Soros-funded groups like Media Matters and Christiandreamers.US? Why do ERLC employees attend a trip for a group created by a Soros-funded pro-immigration group? Why did Baptist Press promote a pro-immigrant group that is in partnership with the Soros-funded National Immigration Forum?

The goal is to transform the church.

The remaking of Evangelical churches on Immigration or Turning Evangelical women into Community Organizers
The Welcome. group includes a range of tools for the immigration activist. There are coloring exercises for children, meal conversation plans for the immigration community organizers and a Bible Study called The Ruth and Naomi Project: Welcoming the Stranger in Our Midst. These resources intend to remake evangelical theology.

In fact, the Bible Study contains a helpful section on Advocacy that informs the Christian their duty is to advocate for immigration reform. And guess what? They even include the Comprehensive Immigration Reform plan as the blueprint.

The Welcome. Study Guide reveals the goal in stark terms: only immigrants can save the American church. According to the Study Guide for the Ruth and Naomi Project,

“Immigrants are transforming the church. Immigrant congregations are growing faster than any other segment of Bible-believing churches in the United States. As the National Association of Evangelicals president Leith Anderson says, ‘Church historians will look back to the beginning of the 21st century and say that immigrants saved American Christianity from decline. And they will observe that Hispanics were the majority and epicenter of that historic renewal.’”

No doubt helped out by all the Soros-funded evangelical immigration lobbyists.

A Theology of Transformation: Deceitful Use of Biblical Texts
The Ruth and Naomi Project Study Guide is fundamentally flawed. It makes critical exegetical errors. The first lesson uses incorrect information to convey the meaning of words like foreigner, sojourner and stranger. This is a common problem exposed by Professor James K. Hoffmeier in The Use and Abuse of the Bible in the Immigration Debate.

As Hoffmeier wryly notes, “Secularists and liberals, both political and religious, are typically loath to consult the Bible when it comes to matters of public policy.”

Hoffmeier continued “As an Old Testament scholar I was first intrigued by the fact that the Bible was even being used in the immigration debate, and yet knew that the Bible was not being read seriously… The result of my study was a small book, The Immigration Crisis: Immigrants, Aliens, and the Bible.”

Here is an example of the propaganda from the Bible Study: “He tells the Israelites that the immigrant living among them ‘must be treated as one of your native-born.’ As he lays out the law for his people, God repeatedly states that ‘the same law applies both to the native-born and to the foreigner residing among you.’”

However, as Hoffmeier’s book and essay explain,

“The most significant Hebrew word for our discussion is ger, translated variously in English versions, which creates some confusion, as ‘stranger’ (KJV, NASB, JB), ‘sojourner’ (RSV, ESV), ‘alien’ (NEB, NIV, NJB, NRSV), and ‘foreigner’ (TNIV, NLT). It occurs more than 80 times as a noun and an equal number as a verb (gwr), which typically means ‘to sojourn’ or ‘live as an alien.’ The problem with more recent English translations (e.g. TNIV and NLT) is that they use ‘foreigner’ for ger, which is imprecise and misleading because there are other Hebrew terms for ‘foreigner,’ namely nekhar and zar. The distinction between these two terms and ger is that while all three are foreigners who might enter another country, the ger had obtained legal status.”

Understanding the historical context and the ancient language, one can see the deceitful nature of this Bible Study.

It is an obvious component of the National Immigration Forum’s remaking of conservative churches. Back in 2012, the NIF launched the Bibles, Badges and Business campaign. The goal: changing how evangelical churches engage the immigration issue. Specifically, the program noted, “More and more evangelical Christians across America are welcoming immigrants into their congregations and advocating for just immigration reform.”

Fueling that 2012 program are NIF Priorities:

“Immigration Reform
Shaping policies necessary to make our immigration system serve the national interests and meet the needs of our economy, workforce and families.

Integration
Creating the opportunities necessary for immigrants to succeed and contribute to the growth and prosperity of America.

It is hard to read those NIF priorities without seeing the actual goal driving the immigration debate—economic interests. Or, more specifically, cheap immigrant labor for big business.

Economic issues are a prime component in the Bible Study. It advances a narrative where illegal immigrants want to obey the law, but economic issues and biblical commands conflict.

Specifically,the guide asserts conflict between Romans 13 and I Timothy 5:8’s command to provide for one’s family,

“Many feel torn between this command and the mandate in Romans 13 to submit to governmental authorities. Christians may disagree about the right decision—to stay and provide for one’s family, or to leave to fully comply with U.S. law. But we all can agree that a legal system that puts individuals in this dilemma is flawed, and that a better, more just system is needed.”

This is seriously flawed. There is no conflict between the commands. Further, it is doubtful there could be any intellectually honest Christian who would claim that a higher wage achieved by lawbreaking trumps the biblical command to obey governments.

Yet, this is what Big Evangelicalism (Big Eva for short) is teaching you, your family, your community and your church members. This is particularly important as more and more Southern Baptist and Evangelical leaders normalize voting for Democrats. Some leaders now say it is “great” if a Christian casts their ballot for the Democratic candidate.