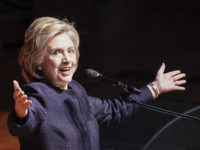 As uncovered on Reddit, Monica Peterson was working for the Human Trafficking Center in Haiti and had uncovered evidence of a child sex ring and human trafficking scheme connected to the Clintons.

Carlos Slim’s net worth is more than $64.8 billion dollars. The richest man on earth is a Mexican telecom mogul, whose career’s “most interesting parts” are his links to businessmen “suspected of involvement in Mexico’s so-called ‘Cartel of the Southeast.”

He is a Clinton associate and donor to the Clinton Foundation. In 2015, Carlos Slim became the largest shareholder in the New York Times.

William Engdahl, an author and lecturer with a degree in politics from Princeton suggests in this revealing article that this may explain why we will not be reading about the “murky dealings” of The Bill, Hillary & Chelsea Clinton Foundation in Haiti from the New York Times; “formerly America’s most respected newspaper of record.” According to Haiti activist Ezili Dantò: “The Clintons have used governmental power to conduct their private business and called it ‘helping poor Haitians.’”

Hillary Clinton should get far more scrutiny for her scandalous conduct in Haiti; from rigging the March 2011 presidential election for her favored candidate Michel “Sweet Mickey” Martelly (supporter of the CIA created death squad FRAPH) to insuring that her brother Tony Rodham and “a company that barely exists.” got a “sweetheart gold mine concession in Haiti” that “royally cheated” the state of Haiti.

Close friends are starting to raise questions, because the family has been unable to get details about her death.

As we know, Hillary has ties to convicted sex offender and child sex trafficker Jeffrey Epstein. In addition, Hillary was involved in the NGO run by Laura Silsby, the former director of the The New Life Children’s Refuge. She was caught attempting to steal and smuggle 33 children from Haiti, most of whom weren’t even orphans at the time:

Hillary has a LONG history of interest in Ms. Silsby. Wikileak emails dating back till at least 2001 have been found in her archives discussing Laura’s NGO. Laura had claimed she planned to build an orphanage in the Dominican Republic, but authorities in the country said she never submitted an application for this purpose. They instead located to Haiti.

One of the first things Hillary did when she took over the scene in Haiti was to get Laura off the hook:

And the attorney who represented Laura Silsby? A man who was himself convicted as a sex trafficker:

Even more disturbing, we uncovered an email in Wikileaks where they are literally pricing how much it costs to transport children:

Again, this was the same group that got busted by Haitian Authorities trying to Traffic kids.

They’re in the Clinton Emails:

What was going on here? Reddit commenters are asking questions:

As golfrinserepeat opined, “Just another coincidental death that happens whenever anyone looks too close into Clinton’s dirty laundry.”

Another poster commented, “This is getting even spookier.”

AND THAT TRUTH has outraged supporters of Hillary Clinton who would prefer that Bill Clinton stifle his desire to confuse the electorate with unfounded “truths!”

Former President and disgraced perjurer Bill Clinton, the second most prolific congenital liar in the Clinton household, was recently caught in a boo-boo of epic proportions in this, the most volatile election cycle in American political history, in which his corrupt, criminal addicted wife is attempting to steal the White House and destroy American liberty and Democracy,

Either unwittingly or with racist intent to sabotage the legacy of America’s first African-American president, Slick Willy was recently caught inadvertently telling the truth about Barack Obama’s coveted signature achievement: Slick correctly labeled the Obama travesty and world-class failure(aka,OBAMACARE) as the “craziest thing in the world!—-.

Slick’s political torpedo, fired at the Holy Grail of Progressive thought, reverberated wildly throughout the heathen world of leftists who regard Obamacare as a precious, permanent monument to the use of corruption, lying, and hijacking of democratic principles to advance progressive ideas, regardless of how flawed and how against the best interests of the American people such programs may be.

In the muddled minds of liberals, it matters not one whit whether or not ObamaCare actually provides Affordable Care to the unwashed masses—-all that really matters is the adoption of a hugely unworkable and costly program that will usher even more unsuspecting millions into utter dependency on big government, and the tyranny of the Democrat Party.

It is in this tangled environment that Bill Clinton had his epic meltdown,. His words as reported:

“You’ve got this crazy system where all of a sudden, 25 million more people have health care, and then the people who are out there busting it, sometimes 60 hours a week, wind up with their premiums doubled and their coverage cut in half and it’s the craziest thing in the world,” the former president railed at a rally in Michigan on Monday.

“Clinton also said the system is hurting moderately successful small businesses — ones that aren’t doing poorly enough to be subsidized and fall just above the line.”

“On the other hand, the current system works fine if you’re eligible for Medicaid, if you’re a lower-income working person, if you’re already on Medicare or if you get enough subsidies on a modest income that you can afford your health care,” Clinton said.

“But the people getting killed in this deal are the small-business people and individuals who make just a little bit too much to get any of these subsidies,” he added.

After the scathing attack, Clinton sought to tone down some of his ObamaCare criticism while stumping for his wife in Ohio on Tuesday. Like Hillary, he said the health-care law is a positive first step that needs improving.

“The Affordable Health Care Act did a world of good and the 50-something efforts to repeal it that the Republicans have staged were a terrible mistake,” Clinton said.”

“But there’s a group of people — mostly small-business owners, and employees who make just a little too much money to qualify for Medicaid expansion or for the tax incentives — who can’t get affordable health-insurance premiums in a lot of places,” he said.”

AND THAT TRUTH has outraged supporters of Hillary Clinton who would prefer that Bill Clinton stifle his desire to confuse the electorate with unfounded “truths!”