ATLANTA — With so many people in need as we approach the Thanksgiving holiday, Metro Atlanta food banks, churches and charities are trying to get the word out there’s still hope and resources for those who need them.

Throughout the day Saturday, there are food giveaway and donation events scheduled in multiple counties for people struggling be it from the pandemic or other issues, to get a turkey and other fixings ahead of Thursday’s holiday.Content Continues Below

Channel 2′s Christian Jennings was at New Birth Missionary Baptist Church, where volunteers were giving out 1,500 boxes of food. The event started at 10 a.m., but people started lining up as early as 5 a.m. since the event was first-come, first-serve.

Ray Stone was second in line.

“I came out early,” Stone said. I said, the earlier, the better, you know.”

People at New Birth drove away with 20-pound boxes of fruits and vegetables and gift cards they can use at Walmart to buy a turkey or a ham.

DeKalb County CEO Michael Thurmond said that when he saw the record turnout, his heart dropped.

“When I saw the line, I said, ‘Oh my God.’ I realized even though we increased the amount of boxes by 700, we won’t have enough for those who need it today,” Thurmond said. “I don’t know what we’re going to say to the families we turn away.”

“For us to be able to do this the week before Thanksgiving really is an extension of what the church can do when we partner with the community,” Bryant said.

DeKalb County has been doing food distributions about once a month since the pandemic started. Thurmond said they aren’t going anywhere.

“We’re going to stay here as long as we can to help those who need it in this community,” Thurmond said.

[SIGN UP: WSB-TV Daily Headlines Newsletter]MUST Ministries struggling to keep up with rise of families in need

Texas man who killed 4, including ex-girlfriend’s dad, is ‘definition of a serial killer,’ police say 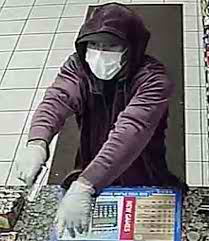 Unintended Consequences: Facemasks and Rising Crime in the US

The recommended use of facemasks has been a controversial issue in the US and other countries around the world in whether they keep you safe or not. Scientific evidence suggests that facemasks are useless against viruses as Dr. Russell Blaylock who published an important article in early May ‘Face Masks Pose Serious Risks to the Healthy’ on what facemasks can do to your health:

Researchers found that about a third of the workers developed headaches with use of the mask, most had preexisting headaches that were worsened by the mask wearing, and 60% required pain medications for relief. As to the cause of the headaches, while straps and pressure from the mask could be causative, the bulk of the evidence points toward hypoxia and/or hypercapnia as the cause. That is, a reduction in blood oxygenation (hypoxia) or an elevation in blood C02 (hypercapnia

Another point that Dr. Blaylock made is the following:

It is known that the N95 mask, if worn for hours, can reduce blood oxygenation as much as 20%, which can lead to a loss of consciousness, as happened to the hapless fellow driving around alone in his car wearing an N95 mask, causing him to pass out, and to crash his car and sustain injuries. I am sure that we have several cases of elderly individuals or any person with poor lung function passing out, hitting their head. This, of course, can lead to death.

A more recent study involving 159 healthcare workers aged 21 to 35 years of age found that 81% developed headaches from wearing a face mask. Some had pre-existing headaches that were precipitated by the masks. All felt like the headaches affected their work performance. Unfortunately, no one is telling the frail elderly and those with lung diseases, such as COPD, emphysema or pulmonary fibrosis, of these dangers when wearing a facial mask of any kind—which can cause a severe worsening of lung function. This also includes lung cancer patients and people having had lung surgery, especially with partial resection or even the removal of a whole lung

What Dr. Blaylock found is absolutely disturbing. With that said, there is another major problem that does not have anything to do with health, unless of course you get shot or stabbed, is an increase in crime across the U.S. mainland which is becoming more out of control due to the use of facemasks which makes it that much more easier to commit a crime and get away with it. A report that was published in Newsweek magazine last May sheds light on what police officials are concerned about when it came to wearing facemasks in public ‘Increase in Criminal Use of Coronavirus Face Masks to Blend in While Committing Crimes, Police Warn’ about the rise of crime since facemasks were recommended by the CDC and other health agencies including the NIH and the WHO, “an increase in the use of surgical masks amid the novel coronavirus health crisis is proving to be a unique challenge for law enforcement nationwide.” That is now what police departments across the US are now facing.
Fashion Fetishism, Surgical Masks and Coronavirus

The CDC and the WHO had recommended the use of facemasks to limit and prevent others from getting the coronavirus has not only made breathing harder for those who comply, it has made “life difficult for police tasked with identifying and apprehending crooks” warning that “criminals are taking advantage of the situation to blend in with the public.” And indeed they have, “Police say investigations involving the cheap and now-common item have spiked in recent weeks, popping up in armed robberies across the country.” The CDC has advised the public to wear facemasks if social distancing cannot to achieved “especially in grocery stores and pharmacies.” Newsweek mentioned Richard Bell, A police chief from Frackville, Pennsylvania who “told the Associated Press that he is aware of seven robberies in his own region in which every suspect was masked” and described “the virus outbreak as being a “perfect opportunity” for criminals.” FBI Special Agent Lisa MacNamara also weighed in on the facemask issue said that “In the past if you did a search warrant and you found surgical masks, that would be highly indicative of something [suspicious]. Now everybody has masks or latex gloves.” In a side note, I happen to find people who wear latex gloves or dish washing gloves (which I saw a couple of people wearing in NYC), goggles and visors along with their surgical facemasks, hilarious, I guess it gives people a false sense of security. MacNamara indicated that “several such crimes and reported a surge in the wearing of latex gloves has also resulted in fewer fingerprints left at crime scenes.” The New York Times began reporting such crimes as early as March ‘Coronavirus Bandits? 2 Armed Men in Surgical Masks Rob Racetrack’described what happened at the Aqueduct Racetrack in Queens, N.Y.:

Three workers at the Aqueduct Racetrack in Queens were transporting hundreds of thousands in dollars in cash on Saturday night when they were accosted by two gunmen, the police said. The thieves made off with more than $200,000, aided in part by surgical masks they wore to conceal their identities

The NY Times also reported what happened in Chicago and in Atlanta, Georgia:

In January in Chicago, a local television news truck recorded a group of teenagers wearing surgical masks as they fled a smash-and-grab robbery of a Gucci store on Magnificent Mile. And last month, Georgia authorities said they were looking for a man who wore a surgical mask during robberies of six banks in the suburbs north of Atlanta

The use of facemasks led by the CDC and the World Health Organization has not only created a hazard for your personal health, it has made supermarkets, stores and average people more susceptible to violent crimes. With the US economy in freefall collapse with high-unemployment rates and poverty levels increasing by the day along with many businesses both small and large going bankrupt will contribute to an increase in crime not seen since the 1970′s. There is also the problem with billionaire backed movements such as Black Lives Matter who are making demands that the police should be defunded is a call for disaster especially in Democrat-run states where obtaining legal fire arms can be difficult for most businesses and law-abiding citizens to protect themselves, so at the end of the day, facemasks make it easier for criminals to win.

People who live in towns and cities across the US should thank the “experts” who lie about almost everything when it comes to Covid-19 like Dr. Anthony Fauci when they start to see a rise in violent crime including armed robberies and murder which will be far more dangerous than Covid-19 except of course if you are elderly and got serious underlying health issues.

The rise in crime is the product of decisions made by corrupt governmental officials who are bankrolled by major pharmaceutical corporations, bankers and billionaires who have specific interests to control and at the same time, profit from the people throughout the world with a tyrannical medical system in place. However, there is another angle we can look at. With an already militarized police state and a growing medical tyranny on the way with the potential to face a crime wave will force people to beg the government to protect them from the same criminals they opened the door to while the government continues to take away their freedoms. Either way, it seems that the US government and the criminals are winning and the citizens are losing the battle for the basic freedoms they once had.

Note to readers: please click the share buttons above or below. Forward this article to your email lists. Crosspost on your blog site, internet forums. etc.

Timothy Alexander Guzman writes on his blog site, Silent Crow News, where this article was originally published. He is a frequent contributor to Global Research.

This chilling video that was released by what is believed to be a billion dollar Chinese tech company from China shows us that China is not playing games, and they are ready for war! First it was North Korea with the animation videos of the US being attacked. Only now it’s North Korea’s much stronger big brother and ally China.