Bank of America has issued an apology to Spring Hill resident Benjamin Atria Aguirre following the closure of his checking account amidst allegations of discrimination, saying that it was simply a case of “human error.”

Atria Aguirre’s checking account was fully restored on September 4, however, as it was near the end of the month, the closure caused some difficulties in paying mortgage and bills. Bank of America has said they will cover any late fees Atria Aguirre incurred because of the account closure. 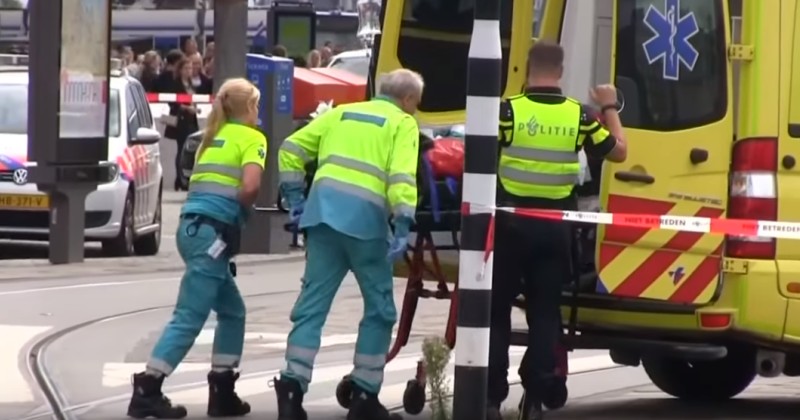 The Afghan migrant who stabbed two American tourists in Amsterdam says he was motivated by people in the Netherlands insulting Islam and the Prophet Muhammad.

Public prosecutors have revealed that the suspect, 19-year-old Jawed S., traveled from Germany to the Netherlands to carry out the attack “because he thinks that the Prophet Muhammad, the Koran and Islam are frequently offended here.”

The jihadist also mentioned that he was offended over statements made by right-wing Dutch politician and strident Islam critic Geert Wilders.

Wilders reacted to the news by tweeting, “Muslim terrorists hate our way of life and our liberties. They answer criticism of Islam with violence. Almost every week this kind of gruesome stabbing takes place against innocent people throughout Europe.”

The two American victims of the terror attack remain in hospital with serious injuries.

As we reported last week, Wilders was forced to cancel a ‘draw Muhammad’ cartoon contest in Amsterdam after terrorists threatened to attack the event.

Wilders made the decision after an Islamist posted a video to Facebook announcing he was in the Hague and ready to kill the Dutch politician.

Islamic terrorists and their sympathizers have targeted high profile individuals for assassination before in the Netherlands as payback for criticizing or making fun of Islam.

In 2004, Theo van Gogh, who worked with Somali-born writer and politician Ayaan Hirsi Ali to produce a film which criticized the treatment of women in Islam, was shot dead by an Islamic terrorist who was offended over the documentary.

The murder prompted Geert Wilders and Ayaan Hirsi Ali to go into hiding for weeks, with Ali eventually leaving permanently for the United States.

In 2002, homosexual Dutch politician Pim Fortuyn, a staunch opponent of mass immigration and the spread of Islam, was killed just days before a national election by a left-wing activist who said he murdered Fortuyn to stop him from exploiting Muslims as “scapegoats”.