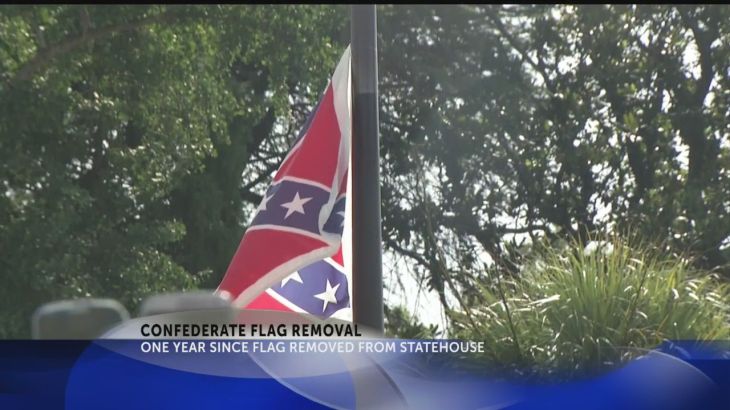 [anvplayer video=”1018284″ /] COLUMBIA, S.C. (WSPA) – The South Carolina Secessionist Party is moving ahead with plans to raise a Confederate flag temporarily at the Statehouse Sunday. Organizer James Bessenger says he does not think recent racial tensions in other parts of the country will affect the rally. “No, to us this isn’t a […]

how to print screen on pc

Contributing writer for Wake Up World

The coral reefs are dying and the seas are increasingly depleted of sea life. Could Roundup weed killer be partially to blame?

A highly concerning study published in the journal Marine Pollution Bulletin indicates that the world’s most popular herbicide glyphosate (aka Roundup), used primarily in GM agriculture, is particularly resistant to biodegradation in coral reef collected sea water, and could therefore be a major contributor to the decline of marine coral reef systems such as the Great Barrier Reef.

The Great Barrier Reef is the world’s biggest single structure made by living organisms, and is so massive it is visible from outer space.[i] Sadly, according to a study published by the Proceedings of the National Academy of Sciences, the reef has lost more than half its coral cover since 1985,[ii] which is believed to be caused by a combination of factors, including climate change induced acidification of the ocean, outbreaks of predator species and extensive pollution. Despite the established role of agrichemicals in harming sea life, glyphosate has yet to be included in marine monitoring programs for its impacts on the reef — this despite being used at a rate of 30,000,000 lbs annually in Australia.

In the study titled, “Glyphosate persistence in seawater,” Australian marine researchers described “increasing concern over the global loss of corals and seagrass and this has been particularly well documented for the World Heritage listed Great Barrier Reef (GBR),” pointing out that extensive agriculture activities impact water quality around reefs and seagrass beds, especially during the summer wet season from November to March, when rain-induced flooding delivers “runoff containing excess sediments, nutrients, and pesticides,” and with satellite imagery reveals their associated plumes travel up to 50 km offshore as far as the midshelf coral reefs.

In order to ascertain the potential impact of glyphosate, they quantified its biodegradation using “simulation” flask tests with native bacterial populations and coastal seawater from the Great Barrier Reef. They discovered that, “the half-life for glyphosate at 25 °C in low-light was 47 days, extending to 267 days in the dark at 25 °C and 315 days in the dark at 31 °C, which is the longest persistence reported for this herbicide.”

When compared to previously reported half-life estimates for glyphosate biodegradation in soil and fresh waters, the sea water estimates are dramatically higher. Previous soil and water data described glyphosate’s biodegration half-life to be as rapid as 5 days for field soil and 49 days for bog and natural water.* If the new sea water flask experiments accurately reflect real world conditions, glyphosate’s maximal 315 day half life in sea water would add up to 63 fold increased persistence to the chemical’s toxicological profile. The researchers also pointed out that flooding events which would bring glyphosate to sea would involve co-occurrence of massive quantities of sediment to which glyphosate readily binds, which would further prevent glyphosate’s biodegradation, potentially greatly enhancing its persistence and toxic effects.

Despite previous assurances by both the manufacturer (Monsanto) and regulatory bodies that glyphosate is safe to the environment and highly biodegradable, an increasingly alarming body of experimental data on glyphosate’s toxicity indicates that the chemical is extremely toxic, exhibiting potentially carcinogenic endocrine disrupting activity in the parts-per-trillion concentration range, as well as a laundry list of multiple modes of toxicity to animal life. For direct access to the biomedical data on glyphoste’s toxicological profile, view GreenMedInfo’s section on the topic: Glyphosate Toxicity.

*Note: accumulating evidence reveals that these original estimates are inaccurate and that glyphosate’s persistence in the soil, groundwater, and even air, is a far greater problem than officially acknowledged.

Sayer Ji is the founder of GreenMedInfo.com – an open access, evidence-based resource supporting natural and integrative modalities. He is on the Board of Governors for the National Health Federation and Fearless Parent, a Steering Committee Member of the Global GMO Free Coalition (GGFC), a reviewer at the International Journal of Human Nutrition and Functional Medicine. Since 2003, Sayer has also served as a patient advocate and an educator and consultant for the natural health and wellness field.

PrintFriendly and PDFPrint Friendly or Save as PDF